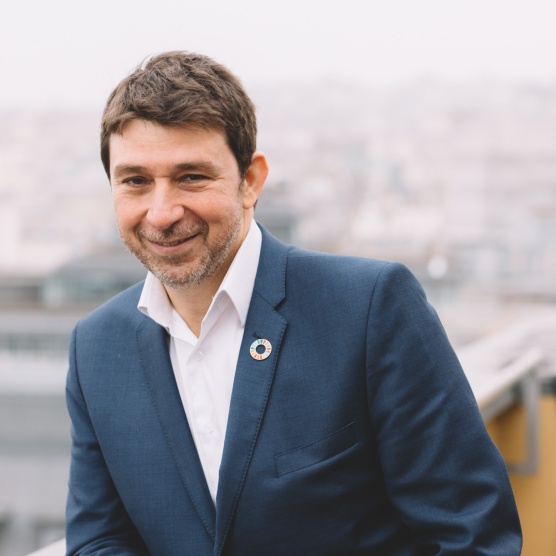 Lionel Baraban is a serial entrepreneur and started the adventure in France where he launched several successful start ups. He then went on to manage a technology incubator in Israel from 1995 to 1998. In 1998, Lionel founded Entopia, a company specialized in semantic analysis and raised $40 Million. He headed the company from the Silicon Valley until 2006. After France, Israel and the USA, Lionel moved to China where he developed Xanadu, a key player of online travel services, with Nicolas Berbigier. In 2010 they co-founded FAMOCO of which he is the CEO.

After starting out as an actor, Lionel set out on an entrepreneurial adventure. Lionel launched successful start-ups in France, then went on to manage a technology incubator in Israel. In 1998, Lionel took over the management of Entopia, a spin-off from his incubator and raised $40 Million. Lionel moved to China in 2009 and joined Xanadu as CMO.